Return of the American Chestnut 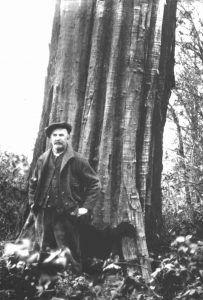 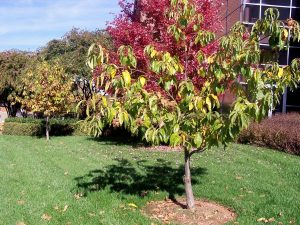 For three years I have been driving past these two small trees near downtown Greenville – which I’m sure seem totally out of place – waiting for a harvest. Finally, on the first day of November, my diligence paid off. I was pleasantly surprised to find dozens of chestnut brown nuts scattered under the trees. Why hadn’t anyone scarfed up these rare gems already? I doubt even the birds and pests know what to make of them. If the spiny leaves don’t put you off, the prickly burrs are sure to discourage you. I waited until the burrs had burst open, after dropping from the trees, to gather the disarmed nuts.

It’s been decades since Bing Crosby sang, “Chestnuts roasting on an open fire,” and decades more since we’ve seen the American chestnut in the Upstate. Once chestnut dominated the Eastern forest, growing to a height of a hundred feet or more; supplying man and wildlife alike with a dependable food source, as well as rot-resistant timber that can still be found on buildings and fences.

In a few short decades, an introduced blight decimated the American chestnut. But thanks to the hard work of the American Chestnut Foundation, and a little help from the Chinese chestnut (1/16th), we now have an American/Chinese chestnut hybrid that produces tasty nuts (similar to Brazil nuts) in just a few short years, and one day, it is hoped, will again compete in our Eastern forests (see our chestnut page A Bygone Era). 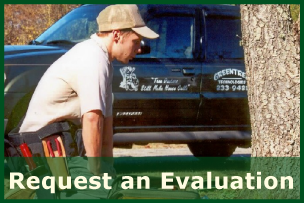 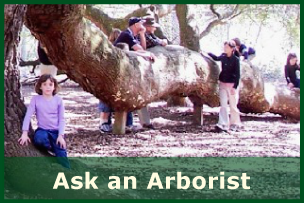 Quicklinks
Are you a responsible tree care provider interested in receiving referrals from Greentree?
© 2021 Greentree, Inc. | An Engenius website. 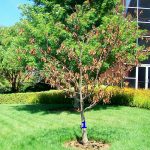